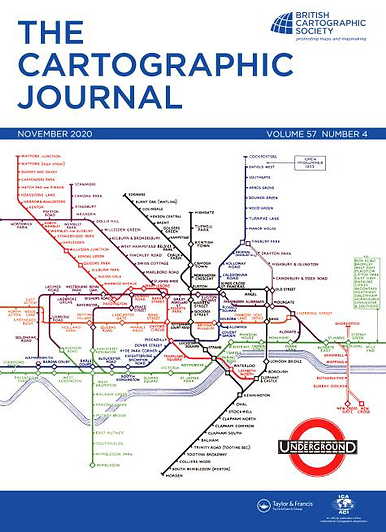 In 1933, Henry Beck’s original design for representing the London Underground was published, schematising the entire network for the first time using only horizontal, vertical and 45-degree diagonal lines and distorting topography to enhance clarity. The London Underground has been depicted using these techniques ever since and cartographers and designers worldwide have been influenced by its success.

To mark this anniversary and Beck’s contribution, The Cartographic Journal will publish a multidisciplinary Special Issue exploring the foundations and future prospects for transport cartography in which schematisation forms an important element of design.

We welcome full contributions of up to 8,000 words (Refereed paper – substantive research – with double-blind peer review) or shorter manuscripts of up to 4,000 words (Observation paper – brief reports of preliminary findings or theoretical remarks – with editorial review) that either focus on Beck’s work and its legacy or take a wider perspective.